The Chairman of Oyo State Local Government Service Commission, Hon Remi Ayodele, has admonished directors in the Local Government Service, especially Directors of Education and Social Services on the imperative of being proactive, visionary and prudent in the management of scarce resources, especially during this economic recession, compounded with the prevailing Corona Virus pandemic.

The Commission boss handed down this admonition while addressing the Conference of Directors of Education and Social Services during their monthly meeting held at the Conference Room of the Ministry of Women Affairs and Social Inclusion, Secretariat, Ibadan, on Monday.

“You should be able to think outside the box at this particular period of scarcity of virtually every thing in our dear country. As you are not unaware, money from the federation accounts to States and Local Governments is dwindling rapidly. Does it then mean that laudable programmes/projects with direct positive impact on the people at the grassroots should stop? Not at all. In that wise, we all need to put on our thinking caps, in order to weather the storm. This is what our dear Governor, Engr Seyi Makinde is doing in Oyo State which his detractors could not fathom. When some States are paying salaries and pensions in percentages, Oyo State is neither paying in percentages nor owing at all, yet standard infrastructure  being put in place in every nook and cranny are never compromised,” Hon Ayodele stated.

Speaking further on the occasion, the Commission boss charged the Conference members on the importance of giving good advice to their council bosses through detailed research into and  regular inspection of projects getting decrepit thus in need of resuscitation in the interest of the immediate community. “Officers in your department should be educating and enlightening the public on the policy thrust and blueprint of the Government of the day, as well as giving feedback to the Government on the yearnings and aspirations of the people at the third tier of Government.”

Hon. Aderemi Ayodele who cited his personal experience when he travelled overseas as a council boss, said his ability to pull strings from foreign countries helped him a great deal in constructing a 20-bed capacity health center at Ori Eru, renovation of Oniyanrin health center, sinking of boreholes in the council area–to mention but a few–at no cost to Ibadan North West Local Government, during his tenure.

Speaking on the need to exhibit competence on duty, Hon. Ayodele showered encomium on a former Director of Education and Social Services now promoted to the post of Head of Local Government Administration, Mrs Romoke Opabunmi for being a very versatile, dedicated, conscientious and prudent officer, whom he enjoyed a tremendous work relationship with. “I want you to emulate her as one of your senior colleagues, for being a very hardworking, and visionary officer. This character trait of hers  endeared me to your Cadre, and I can assure you that I will always champion the course of and protect your cadre,” he reassured. The Commission boss then advised the career officers on the need to up their games, know their onions and display loyalty to the Government of the day, reminding them that the choice of heads of Local Government administration by the Commission is premised on a lot of criteria bordering on: Cadre, geographical location, seniority, gender of the affected officers, among others. He however assured them that they all had the tendency to get to the peak of their career, provided that they could prove their mettle.

Mr. Remi Ayodele however rounded off his remarks with a deep appreciation for  Mrs. Folasade Ola, a retired director of Education and Social Services, Ogbomoso North Local Government who was being celebrated by the Conference at the meeting, for contributing her own quota to the progress of the service as well as the development of Oyo State in her own little way, praying for her that she would spend the rest of her life in joy, peace and sound health. He later presented to Mrs. Folasade Ola the gifts purchased for her  by the Conference.

Earlier in his welcome address, the Conference president and director of Education and Social Services of Kajola local Government, Mr. Samson Ojo had appreciated the Commission boss for his usual fatherly advice to the staff in the Local Government Service, his unwavering integrity and consideration of senior colleagues in the Cadre for HLGA position. He further lauded Hon. Aderemi Ayodele and other members of the Board for the just concluded promotion exercise which was a huge success. He however prayed for more of God’s wisdom and strength upon Hon. Ayodele, members of the Board, the Permanent Secretary and management team of the Commission.

Responding to the special sendforth programme organized in her honour by the Conference, Mrs. Folasade Ola who just retired as the director of Education and Social Services, Ogbomoso North Local Government, expressed her joy and surprise at the wonderful gifts packaged for her by the Conference, as well as the Commission’s  boss who despite his tight schedule found time to grace the occasion, praying unto God to continue keeping watch over Hon. Ayodele and her colleagues who are still in the service.

In her vote of thanks, the director of Education and Social Services Itesiwaju Local Government, Alhaja Yemi Gbadamosi also used the medium to laud her colleagues for defying their tight schedule to grace the occasion, while equally appreciating the Commission for churning out relevant trainings and capacity buildings for the various cadres in the Local Government Service.

Highlights of the two-in-one programme included serious deliberations on how to move the service forward, how to bequeath a worthy legacy to the upcoming officers, in-house training for the subordinates, their exposure to the nitty gritty of the job, giving them a sense of belonging, developing a positive attitude to work, knowing full well that your gift will definitely pave way for you – among other issues; while the event came to an end with the presentation of gifts to the celebrant by the Commission boss, as well as a special prayer session for Oyo State Government under Engr Seyi Makinde.

The auspicious event was graced by directors and acting directors of Education and Social Services from Oke Ogun, Oyo, Ogbomoso, Ibarapa and Ibadan zones of the Pacesetter State. 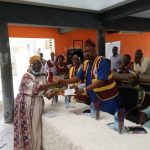 Makinde Pays 6th Tranche of GratuityApril 26, 2021
"Your Integrity And Competence Will Determine Your Height In The Service"  -  LGSC BOSSJune 11, 2021 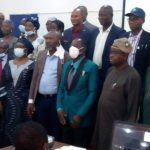 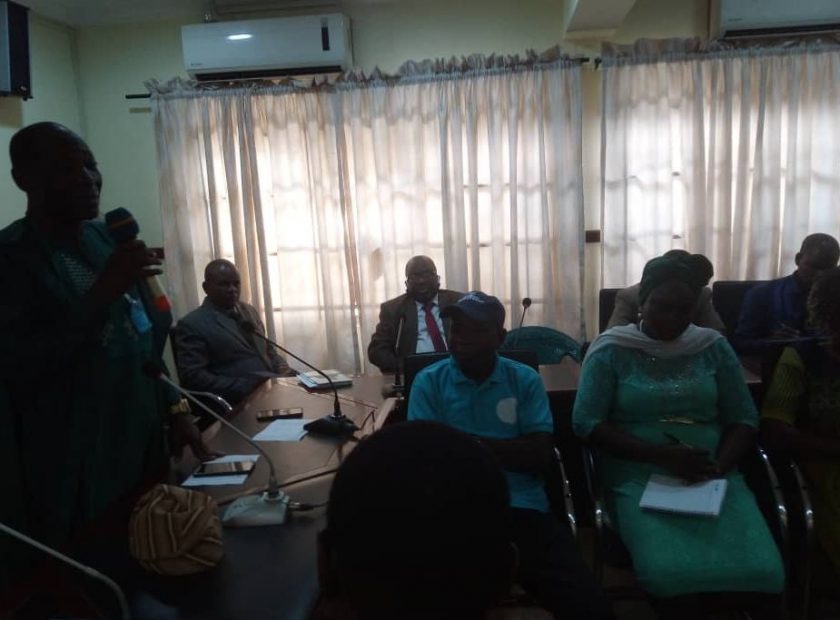